Isotonic sports drink, iPro Sport, has teamed up with the English Ice Hockey Association to become the official hydration partner for the England Ice Hockey National Team Programme (ENTP) which will be holding the National Team Selection Camp at Ice Sheffield between 15th and 18th August 2016.

The affiliation will see iPro Sport supply its sports drinks to the England teams throughout the season to aid the hydration process for the players and coaching staff. The drink, which comes in three flavour variants, is the only one of its kind on the UK market containing 100% natural ingredients. The players will benefit from a natural spring water based product with added vitamins such as B6, B12 and C – part of your recommended nutritional intake. iPro Sport is proven to replenish the body with minerals which are lost through sweat when undertaking rigorous exercise. 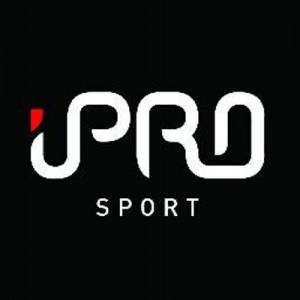 iPro Sport currently has supply deals with a number of professional sports clubs in Football, Cricket, and both Rugby codes, along with a long-standing arrangement with ice hockey club, Sutton Sting. With this new collaboration with the England teams representing the first partnership with the sports National Governing Body, the English Ice Hockey Association.

Geoff Hemmerman, Director of the England National Team Programme at the EIHA, said: “We are delighted to be working with iPro Sport. I know that young athletes are big consumers of sports drinks and often we see our young players with the wrong sort of drinks. This will not now be the case with iPro Sport and it is really pleasing to know that we have a well respected and progressive partner supporting our development programme. It’s certainly an exciting road ahead for ice hockey.”

Lisa Marraffa, Marketing Director for iPro Sport, said: “We are thrilled to be associated with a high energy, high impact sport like ice hockey and it is really important that we help young athletes make the right choices and decisions about re-hydration and keeping hydrated while participating in a sport like ice hockey.”

She went on to say: “At iPro we are enthusiastic at moving our sport partnerships into new areas, and ice hockey represents a relatively new area for us so we very much look forward to the years ahead with the EIHA.

“We’re very excited to be involved with the England National Team Selection Programme, especially as it is being held in Sheffield – a city with a strong sports pedigree and rich sport history.”

Ben Pitchley, Head Coach of the England National Team Programme said: “Hydration is such an important factor when it comes to sustained performance especially in ice hockey, so I am especially pleased to see iPro Sport supporting all of the players and officials during our selection camp. Having iPro Sport on board is a real boost for the Association, the Programme and the Selection camp.”