ENTP: England u14 and u15 squad announcements

England National Team Head Coach, Ben Pitchley, today confirmed the players selected for the 2017 England ice hockey teams at Under 14 and Under 15 levels. 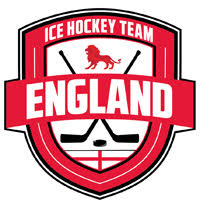 The selection process started last May at the EIHA’s inter-conference tournament which saw the 2016 Conference teams showcasing their skills over the three days at Ice Sheffield in the EIHA’s annual Conference Week-end festival of junior hockey.

England selectors began their long process during that weekend which resulted in eighty-eight players being invited to attend a three selection camp in August where a new-look England programme was unveiled by Programme Director, Geoff Hemmerman.

The revised format of the August selection camp was seen as successful for participants and staff  alike and a move away from the previous late Friday night trial and development sessions was also universally welcomed by parents who embraced the ENTP proposal to hold three one-day camps during the course of the season. In making the move to day camps in October, December and February, Mr Hemmerman was keen to ensure that risks and costs were considered together along with the desire to ensure that players would be able to give their best account of themselves which was not always possible at midnight on a Friday night.

The second of three Development camps was held at Ice Sheffield just before Christmas and at that camp the England Coaches took the long and hard decision to get down to their final teams. U15 Head Coach, Martyn Etheridge, was the first Coach to offer his preferences to Ben Pitchley and said: “The next step for these young players after England U15 is to the Great Britain U16 team and my job is to ensure that these players are capable of being selected for GB. U15 is a tough age group and kids at this age are all developing at different rates in terms of size, speed and strength, not to mention skill sets. It’s been a difficult job getting down to my final team.”

Chris Salem, Head Coach of England Under 14’s has had an equally challenging time and said: “We’ve gone through a number of iterations with our selection and with the re-introduction of the U13’s team I found the job quite difficult. We are seeing the benefits of the cross-ice programme breaking through now with our U13’s and quite a few of them pushed the 14’s really hard with one or two proving very good prospects for my team even though they were under-age.

“I have really enjoyed seeing the players challenge themselves and one another and making the final decision was a lot harder than I first thought it would be.” 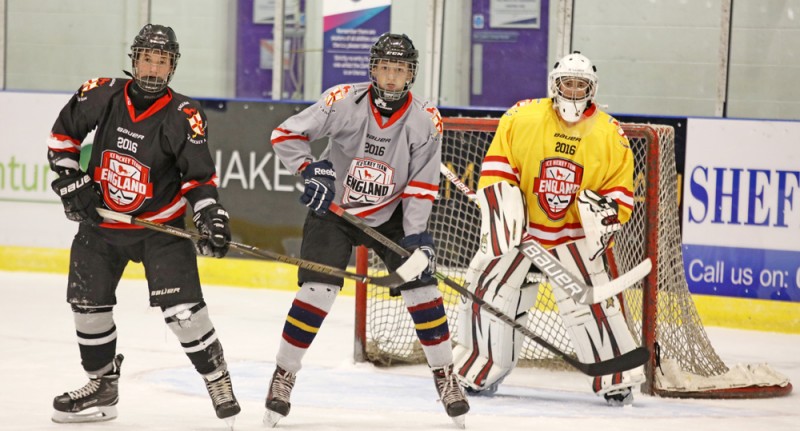 The Selection process has been a very demanding and intensive process for all of the players taking part. It is not just about demonstrating the on ice skills that coaches are interested in but also office too. There’s also the issue of conduct and behaviour and one or two players found themselves under scrutiny for issues created away from the team.

Ben Pitchley explained: “The environment of the Development Camp is not something the players get to experience too often. We have had many players, and their parents, attending our camp thinking they are taking part in a Hockey School and sometimes they forgot the fact that they are actually on trial for an England team.

“We tried to address these issues positively and introduced a number of parent briefing and education sessions to try and provide a different kind of support for player development by providing information in a seminar format to parents with a genuine interest in their child’s development. I think this aspect was equally successful for us.”

In addition to the training regimes, the Selection Process also introduced the players to the idea of hydration and energy. Meals were provided for the duration of the camps and a great deal of emphasis was placed on teaching players about looking after themselves and eating the right foods at the right time. The meal plan was created by Steve Nightingale and the catering team at Ice Sheffield pushed their normal service boundaries to provide high quality, freshly prepared food for all of the development camps which was a significant development in the delivery of England camps. 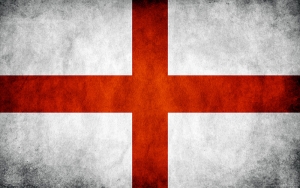 With the dust having settled from the pre-Christmas England Teams Development Camp, and with all of the data being analysed and all video watched, charts computed, and the coaches having discussed at great length the various merits or otherwise of all of the players, Ben Pitchley has received the recommendations for the 2017 England teams.

On making the announcement for the final teams he said. “It’s been a very exciting and interesting six months with a considerable amount of hard working having been done by my Staff, by the players, by their parents and Club officers too. I would like to congratulate all of the participants in my first Selection Process as England Head Coach, for their hard work, dedication and commitment shown.

“I have seen players develop over the selection period and it is a really exciting time for England ice hockey. I am delighted to announce the final team selections for the U14s and U15s England Teams.”