The England National Team Programmes Selection Camp has a new home for 2017.

EIHA Director Geoff Hemmerman has confirmed that the U13, U14 & U15 team selection camp will be held at Deeside Leisure Centre, Connahs Quay, in North Wales over the weekend of 19th, 20th and 21st August 2017. 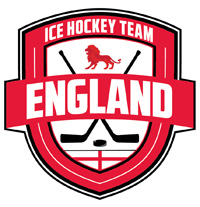 Making the announcement at the EIHA’s 23rd Annual Conference Tournament, Mr. Hemmerman said: “We have just come to the end of a really successful season for the England National Team Programme (ENTP) and I am delighted with how we expanded our operations compared to what our original remit was agreed with the EIHA Board.

“We have introduced many new initiatives and have tried to implement new ideas as well as seeking to improve matters off the back of the Participant Surveys we did.

“With the demands on ice at Sheffield there was just not enough ice time available to fit-in what we want to do and so we had to look elsewhere. Deeside looks like a great option and we are now looking forward to moving to North Wales.”

Deeside Leisure Centre has had considerable investment spent on upgrading the facilities, not just in the ice rink but also elsewhere around the Centre and this has been a significant factor in the selection by the ENTP team. General Manager, Gary Apsley began the search for a venue back in January and made a trip to Deeside for an inspection visit.

Deeside Ice Rink Development Manager, Ian Foster said: “I am thrilled that the EIHA has decided to bring one of their prestigious events to Deeside and I am really looking forward to welcoming the players to our venue. We will be doing all we can to make sure the event is the best it can be.”

Last year’s venue, Ice Sheffield has seen an increase in demand for ice in August and with staff availability being one of the main considerations, Apsley and Head Coach Ben Pitchley were both determined not to see the dilution of Selection Camp in terms of quality or content and so a new venue needed to be secured. 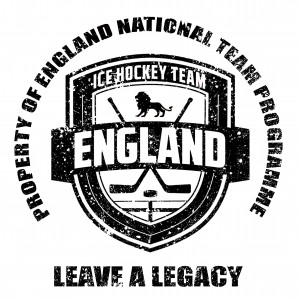 Deeside has been put forward many times as a venue suitable of hosting development events from grass roots jamborees to conference sessions and matches. It is one of only a handful of venues that can provide the level of facilities and services that could accommodate and meet all of the needs of an ENTP Development Camp.

Making the inspection visit last Thursday, Gary Apsley was given a guided tour of the leisure Centre by Ian Foster.

Apsley said: “Over the years, I have been to Deeside many times, but like most hockey visitors you don’t usually get to see the entire site. I am grateful to Ian (Foster) for taking the time to show me around the facility, it is a great venue.

“Obviously the ice rink will be our main arena and with the perimeter now boasting Plexiglas and new high level netting the rink is far more suitable to meeting our needs. The sports hall is fantastic and is ideal for our fitness testing activities and off-ice spatial awareness and improvement sessions. The cafe area and multi-purpose room opposite will provide perfect catering and dining arrangements.

“Rink-side First Aid room and adjacent function room will ensure we have a more than adequate treatment facility and a room for coach and management. The fitness suite, spinning room and dance studio will provide specialist breakout areas as well as doubling-up for meeting space for players and parents.

“And finally there’s the Spa which can be used to relax and unwind after the long days.”

The facilities are not just confined to inside the building, there’s outside facilities too, with state of the art 3-G multi-sport pitches outside which are also being made available for use at the camp as well as a large on site free car park.

The event will start on Saturday 19th August 2017 and the invitations for attending the 2017 Camp will be issued at the beginning of June.

England Head Coach Ben Pitchley is very positive about the prospect of moving to Deeside.

He said: “We had a fantastic Camp last August at Ice Sheffield and the English Institute of Sport and I know we raised the bar significantly over previous England Camps. My Coaching team and support staff worked incredibly hard to set a new standard for our camps, not just at the Selection Camp but also at the subsequent Development Camps.

“It is really important for our programme that we continue to build on the good work we have started and although I know everyone is generally happy with ice Sheffield it is vital that we have access to the amount of ice time along with access to the off-ice facilities we need and Deeside offers a very credible and viable option. I am really looking forward to the Camp.”

With the 2017 Conference Tournament having taken place, Pitchley and his Coaching Team will be finalising the list of players who will be invited to attend the Camp in August. Pitchley intends to be releasing the list of players to be invited to the Selection Camp in early June and is currently considering the ‘long-list’ of prospects at each age group with a view to identifying the forty-four players who will be on the final invite list.

The camp schedule has been drafted and the plans for the Under 13, Under 14 and Under 15 teams are being considered to make sure that all of the available time is fully utilised and co-ordinated. Both Pitchley and Apsley are keen to see a number of new elements being introduced or re-introduced into the schedule.

One such element will be around base-line testing for concussion and England’s Medical Lead, Charley Keen, has spent the last few weeks working on the update for Head Check 2 which will be based on the recently introduced CRT 5 (Concussion Recognition Tool 5).

This element of the ENTP will be given far more prominence in the Camp than in previous years and EIHA members can expect to see and hear more about concussion and the effects of concussion over the coming days and weeks.

In summary, Gary Apsley said: “We shall be updating the ENTP TeamApp later this week with members being allocated from the current Team Groups. Any player who has participated in the 2017 Conference Tournament at any age group should sign-up to the England TeamApp as soon as possible. We will continue to use TeamApp as our primary outlet for information and communication and all prospect players and their parents will need to use TeamApp if they want to keep up to date with news and information about the England Programme.”

The ENTP is the English Ice Hockey Associations National Team programme which is overseen by Programme Director, Geoff Hemmerman and the programme will consist of:

Further details and dates to be announced in due course.