Unfortunately it rained this morning, and there was a technical issue with the ice rink which meant morning practise was cancelled. The girls had all been looking forward to training with the Finnish team and coaches. However, always resourceful team bonding and exercises went ahead in the gym instead.

The game started at a fast pace, Bolwell was in net pulling out all stops. England had a few chances at the other end but period was tied 0-0. Second period started and England were not focused just 6 or 7 short minutes and KJT found the back of the England net. The girls tried hard to re-focus and bring the game back under control. Second period ended 5-0 to KJT. Start of the third England looked like a different team, they had several good scoring chances but unfortunately failed to capitalise. Wallace played last period also making some smart saves.

The team played some very strong and experienced teams, it was a great experience for everyone involved, the camaraderie and team spirit was high – with everyone feeling sad to be leaving tomorrow. 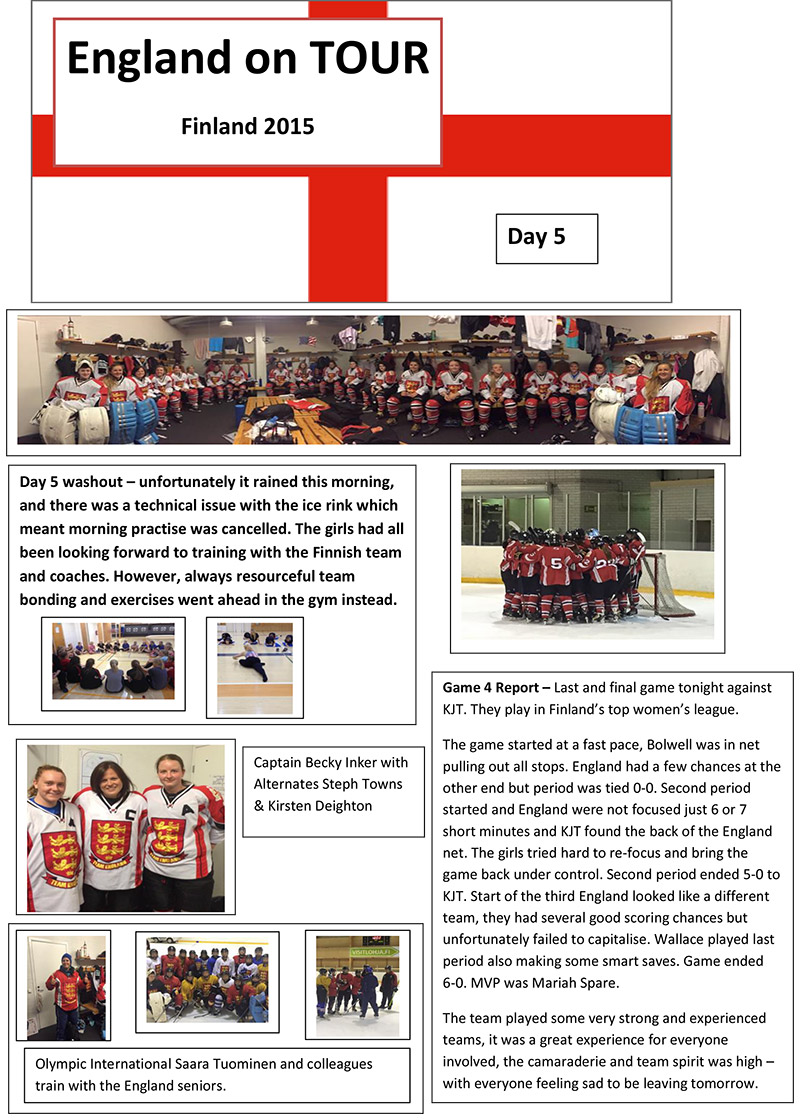