While the teams are in Kisakallio included in their daily schedule are separate activities such as Kin Ball, Yoga, Zumba and a new activity called “Ballatone”. Ballatone is a low impact fitness class which is the fusion of ballet and yoga in a dance class.

Club achievement – the Captain of the U16 Sophie Emmanuel and Captain of the Senior Team Becky Inker are both from the same women’s club – Swindon Top Cats. Sophie plays for the Top Kittens at U16 level and Becky plays for their Premier Team the Top Cats. Well done Swindon for producing two amazing hockey players.

Salo Hd are a strong, well established team. Great passing and skating skills. The England girls started the game well, good passing and contained Salo to 0-0 in the first period. Unfortunately Salo took advantage of a slight loss of focus in the second and put 5 away to finish the period 5-0 to Salo.

The team re-grouped in the period break and began the third with determination, scoring wasn’t for Team England in this game but Salo only managed 2 goals in the third. Wallace made some great saves in net but England couldn’t pull it back. It was a hard game and with KJT tomorrow the girls are working hard on tactics. 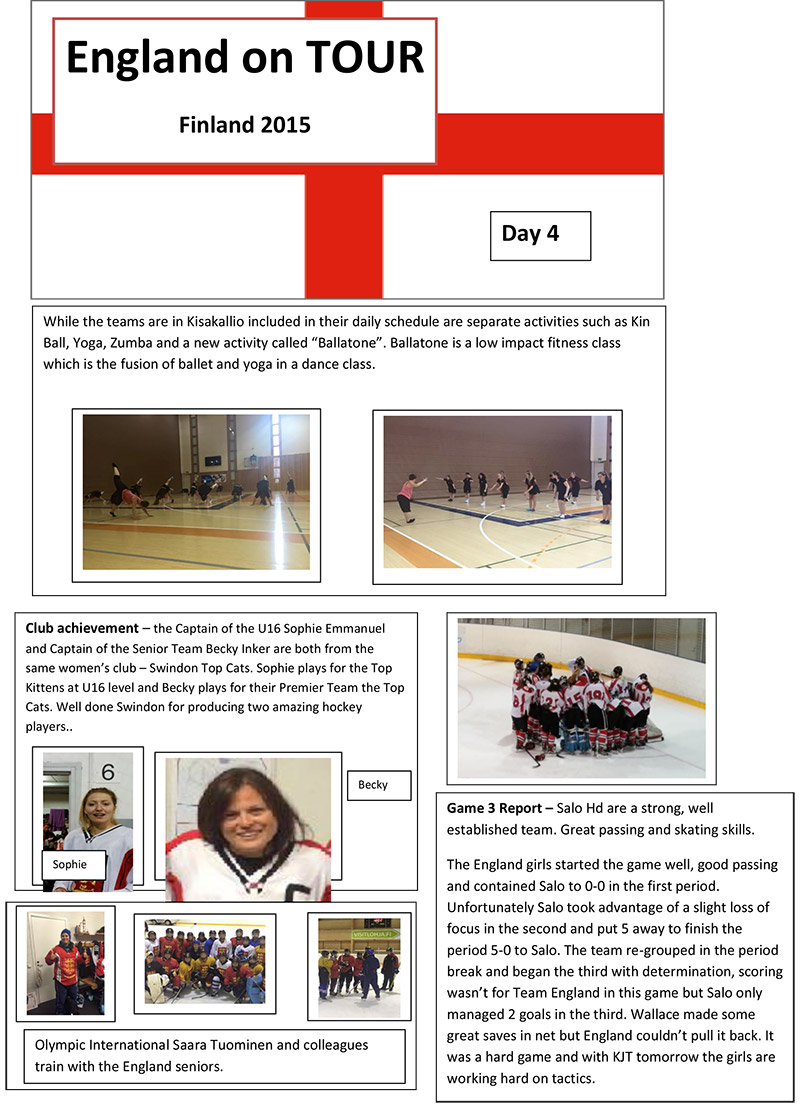