ENGLAND GIRLS: u14 squad prepare for their Finland test

Last weekend saw the England U14 girls squad gather in Sheffield for the penultimate camp before their trip to Finland.

The day started with an intensive training and testing session at the English Institute of Sport.  The girls went through their new upgraded personal off ice fitness programme followed by an hour of comprehensive testing, to ensure that all the players are continuing to work towards their fitness goals. 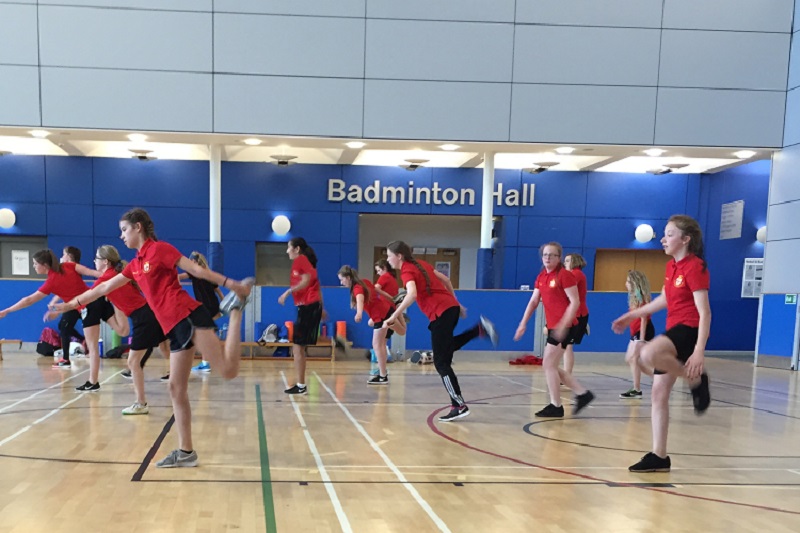 After a break, with all important rehydration and food, it was across the road to Ice Sheffield.

The team went through another stage of their off ice warm up and were on the ice at 10.30am.

All girls practices start with the edge circuit but this one was followed by more detailed work on the systems structure, offence and defense, break outs and then the introduction of offensive and defensive face-offs.

By 12.30pm all the work that the coaching staff had planned had been accomplished and after cool down, everyone gathered for a parent and team meeting which outlined what would be expected over the next 3 weeks.

The team are next together in Bracknell on August 20th for the pre trip camp prior to departure for Finland the following day.

Head coach Paul Burton said: “Over the past couple of weeks we’ve had an off-ice camp plus this weekend’s session in Sheffield.  It’s an important part of the preparation so when we gather on the eve of departure in Bracknell everyone in the squad is ready for the trip.

“The schedule in Finland looks to be a demanding one, but as in previous years you have to play the best to become the best.  The girls will see a lot of ice including joint sessions with and games against the Finland national squad.

“It will be a busy week, an intense week but a great experience and a huge step on their development as players.”

EIHA.co.uk will have regular updates from the England u14 girls from their pre-trip training camp in Bracknell right through to playing against Finland.  Look out for some exclusive photos too on our Facebook page.