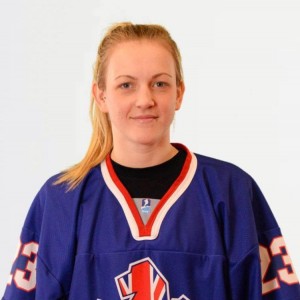 The EIHA Education Programme are pleased to announce the addition of Ali Emery as she joins the team as an instructor for the South West region.

Ali has played ice and inline hockey from a young age and had the privilege of representing Great Britain in both sports. She has played at Guildford for the past 11 seasons in the Women’s Elite League.  She has also been given the opportunity to coach the Women’s GB University ice hockey team in their recent preparation for the Winter University Games in early 2021.

Technical Director for coaching Pete Winn said on the appointment: “Ali has always had a passion for ice hockey and in recent years has taken the opportunity to merge her professional career of coaching and teaching and bringing that onto the ice.

“She has played at the highest level domestically and has represented GB at World Championships and we were impressed with her passion and drive.  We are certain Ali will be a huge asset to our programme going forward.”