Once again the Mighty Mites event took place on the eve of Conference Weekend, and the development day was a huge success thanks to the managers and coaches from the England Programme. 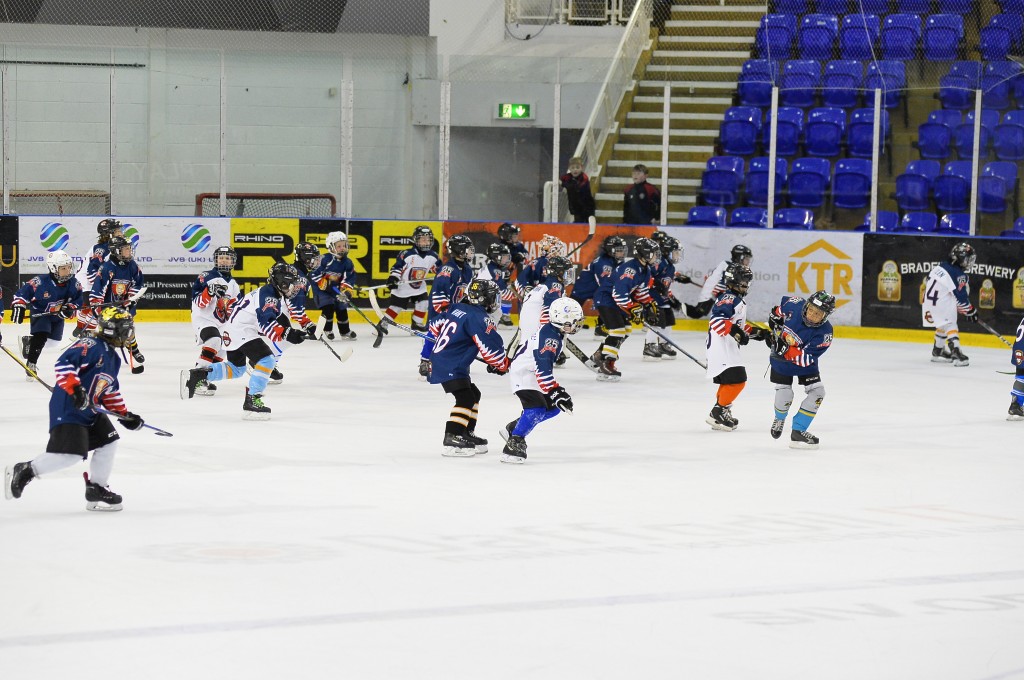 How many is too many?

ENTP head coach Ben Pitchley and event lead coach Mark Saunders brought together a wealth of experience with coaches from around the country all wanting to help the Mighty Mites and give them a day to remember.

The on-ice session started well with the players skating with the England u19 team who had just practiced prior to their big game against Scotland later in the evening.  The Mites were soon chasing around their favourite player, whether it was players from their own clubs, or players who had recently represented GB at the under 18s World Championships in Hungary.

Once England left the ice, the coaches soon got into action with the Mites working on the fundamentals of under 9s hockey – combining their skill base of skating, stick handling, passing, moving, puck control and mini games preparing the Mites for their big show prior to the England-Scotland game. 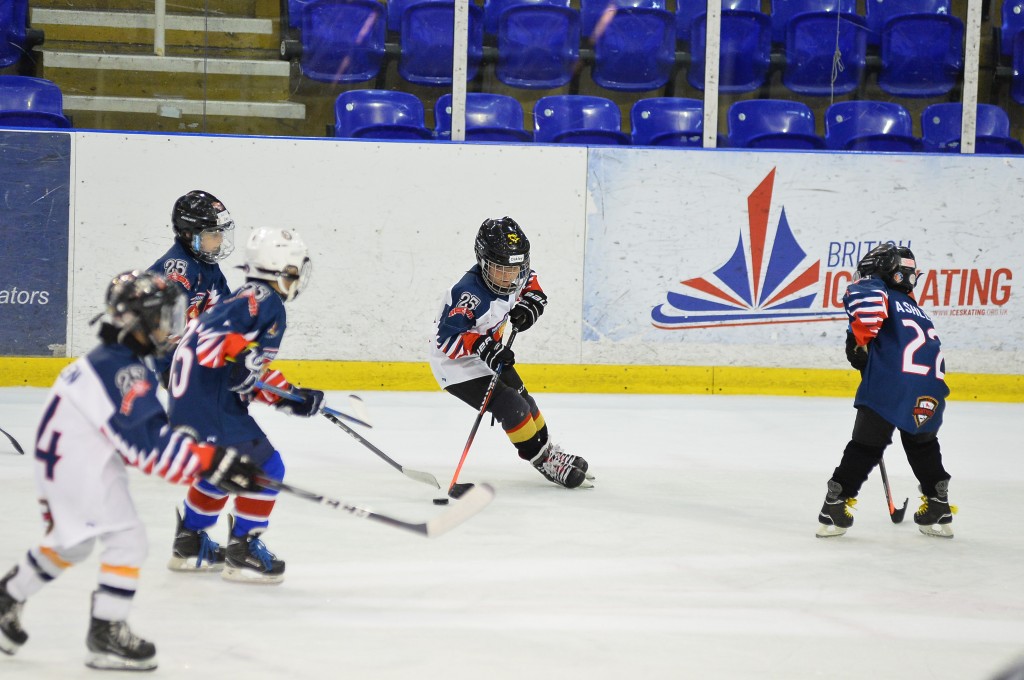 Each player was put through their paces and after a good training session the players got changed and went to have a ‘Meet and Greet’ with the England players prior to dinner. The England players answered the Mites questions from who their favourite NHL player is, and who will win the World Championships this month. 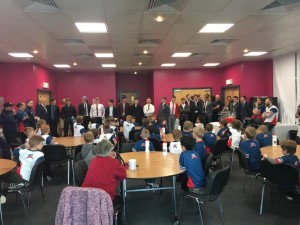 The most interesting question came from Val Wilkinson to the England players, who asked “how many players have come through the Conference system?” which over 15 of the players put their hands up which obviously had Val delighted after both herself and Bob Wilkinson started the Conference tournament 25 years ago.

After dinner and time with their parents, the players were ready for action in front of the crowds who had come from around the UK to watch the Mighty Mites as well as the England game – the Mighty Mites of course won the hearts of the watching crowds both in the arena and live on FreeSports.

Event organiser Martin Peters said: “The event from start to finish was a huge success by having a combination of great coaches, managers and of course coachable kids.

“These kids never fail to amaze the coaches with their skill levels and willingness to learn even at such a young age, and we look forward to aiding their development along the way.

“The players did everything the coaches asked of them for the games at the end with Team Blue winning the game, but the biggest winner was the kids and the smiles showed how much they enjoyed it when they went home happy.

“We want to thank the coaches for their hard work, the managers for preparing the players to go on the ice and of course the players and their parents for being part of another fantastic event.” 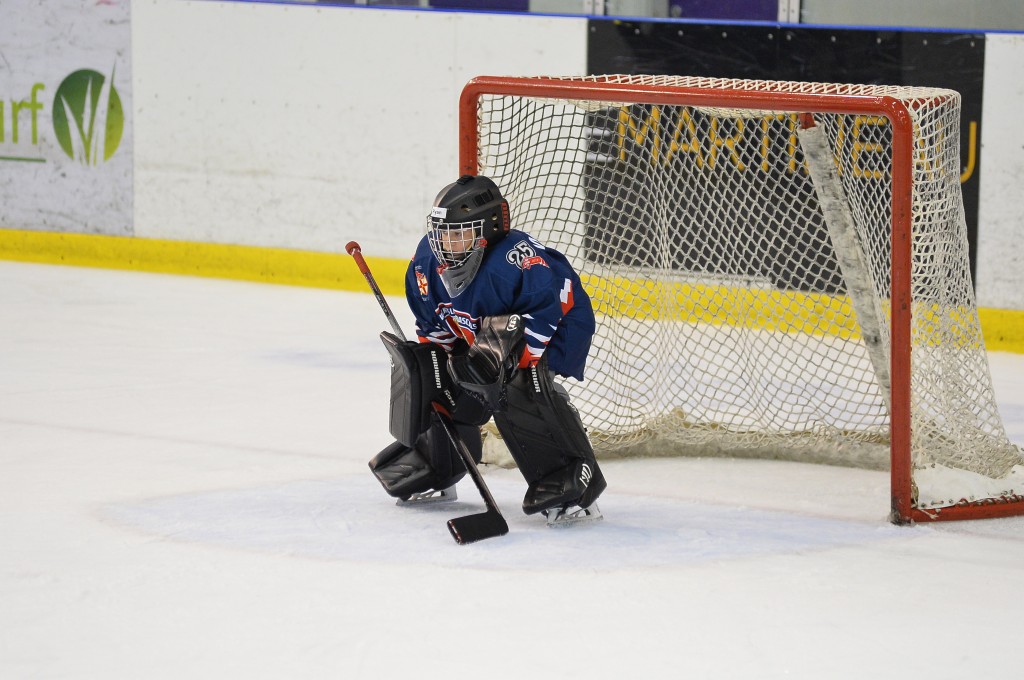 The JLMC have seen the success of the Mighty Mites, and will be looking at running more events over the summer and into next season, so keep an eye out for future events!