England U19 won the 2019 Frank Dempster Memorial Trophy with a 4-2 win over Scotland in Sheffield on Friday night.

The junior international was once again the curtain-raiser for the EIHA Inter Conference Tournament which this year celebrates its 25th anniversary.  Friday’s game was also shown live on FreeSports.

The action began at a fast and furious pace with England getting a scoring chance straight from the opening face off by Kieran Brown.

As it was the opening goal came before the first minute had elapsed – Joe Hazeldine set up Brown and he slipped the puck past Euan Simpson at 0.53.

Each side spurned a powerplay chance before Scotland levelled on a five-on-three advantage.  Caly Robertson was on the end of a slick passing move and netted the equaliser at 13.15. 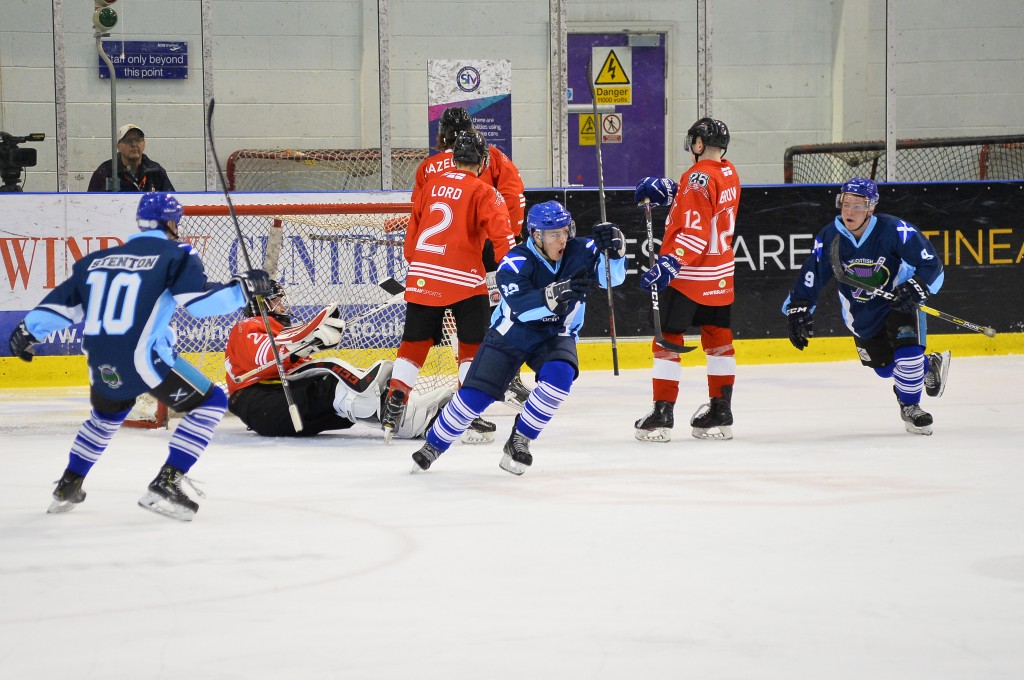 Into the second period, Scotland edged ahead with George Pitcaithly on the doorstep to finish at 25.22.  England capitalised on a powerplay just after the halfway mark, smart skating from Hazeldine created the chance for Brown to net his second from the edge of the crease.

What turned out to be the game-winner came two minutes from the end of the middle period.  A turnover at the England blueline set up a two on one with Lewis English squaring the puck to Shaun Galloway who finished at 37.43.

The icing on the cake for England came ten minutes from time as Kieran Brown completed his hat-trick, tipping in Deakan Fielder’s shot for the fourth goal at 50.02.

A late skirmish saw England’s Joe Hazeldine thrown out with 5+game for slashing, and Scotland withdrew their goalie for a late six on four advantage but England held on and regained the Frank Dempster Trophy.

Man of the match went to Euan Simpson for Scotland and Kieran Brown for England. 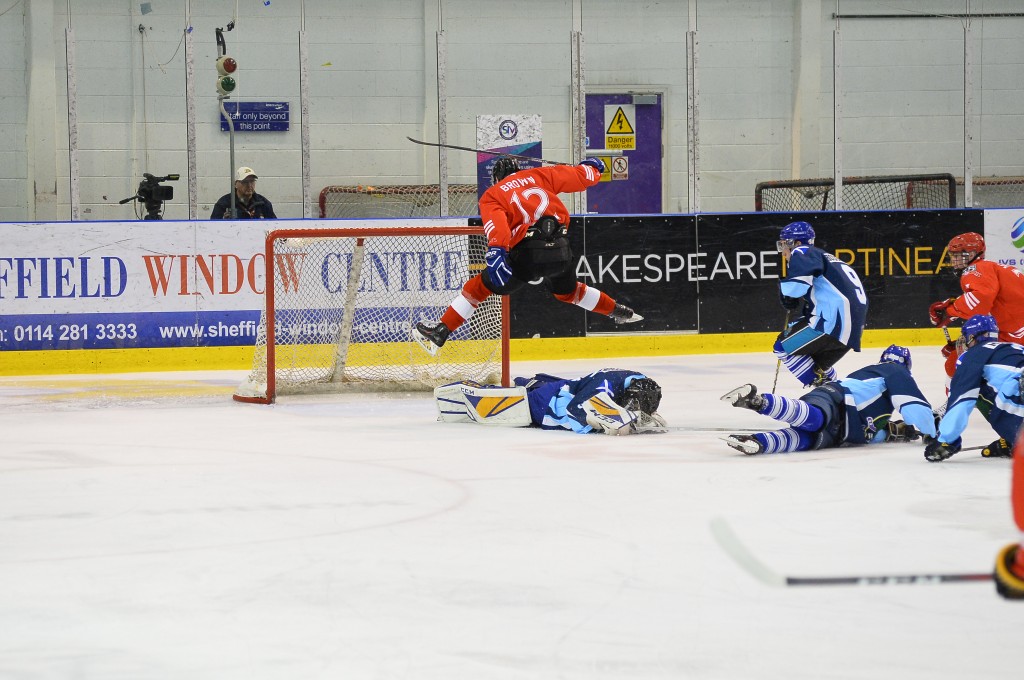