1994 and all that: Great Britain teams and the Conference tournament 25 year journey comes full circle

In 1994 a litre of petrol was 57p, the Channel Tunnel was opened, Nelson Mandela became South African President, Brazil won the football World Cup in USA, the National Lottery began in the UK and Sweden won the Winter Olympic gold medal in ice hockey.

Also in 1994 Great Britain’s men played in the top division at the World Championship for the first time since 1962. Under coach Alex Dampier they had won Pool C and Pool B in successive seasons and travelled to Bolzano, Italy for the Pool A tournament.

Dampier’s team in 1994 featured 15 dual nationals, but they lost their pool matches to Canada, Russia, Italy, Austria and Germany. GB then lost 5-2 to Norway in the relegation playoff and their top flight stay was over.

Domestically in 1994 the English Ice Hockey Association launched a junior showcase to help identify players for England teams and the GB U16 team.

Bob and Val Wilkinson came up with the idea of a Conference Tournament mainly for the Great Britain U16, looking for a better way to assess players than a two-hour trial.

Previously the trials were held over two weekends – North Friday night, Midlands Saturday lunch time, South West Sunday morning and South East Sunday afternoon. The following weekend there were two trials in Scotland, Scotland East and Scotland West. Not the best way to select players but at the start it was the best way to cover the whole of the UK.

The first Conference Tournament was in Durham and it was only for U16s. Organisers wanted to test the idea before rolling it out to the U14s.

There were six teams – North, Midlands, South East, South West, Scotland East and Scotland West. It was judged to be a great success.

The following year the Conference Tournament moved to Hull and included the U14s as there was an England U14’s team and the rest as they say is history. 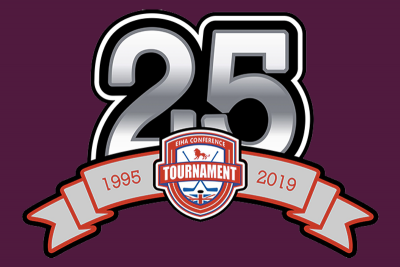 Now the Conference Tournament features 20 teams in four age groups from u11 to u17. There is representation from Scotland and Northern Ireland players, there is the U19 Junior International and this showcase now features almost 450 players – but the aims are still the same, to identify players for England, Great Britain and beyond.

And, in a quirk of history, 25 years since Bolzano, Great Britain’s men will once again play in the top division of the World Championship, facing off next month in Kosice, Slovakia.

Canada and Germany once again form part of GB’s group, this time joined by Denmark, France, Finland, Slovakia and USA.

The squad which won gold in Budapest to qualify for the Worlds contained only three dual nationals. Everyone else on the squad had one thing in common in their hockey development – they played in the Conference Tournament.

Take out Dallas Ehrhardt, Brendan Brooks and Mike Hammond and you can find every other Great Britain player from Budapest somewhere in the Conference system.

Even players with a Canadian upbringing like Jackson Whistle and Brett Perlini (and brother Brendan for that matter!) featured in the Conference Tournament while they played junior hockey in England.

And the Conference link doesn’t just apply to the GB Men – all but four of the current GB Women’s squad who won silver in Dumfries at the beginning of April came through their Conference teams.  The number of girls playing at Conference is growing, along with the recent u13 and u16 England girls teams playing abroad giving women and girls the opportunity for their own development pathway. 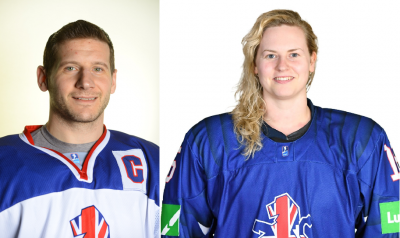 Of course all of the GB success isn’t solely down to the Conference Tournament. But it’s an important step along the player pathway and helps bridge the gap between club and international hockey.

This year the Conference Tournament celebrates its silver jubilee at the beginning of May. A week later Great Britain begin their biggest tournament in a generation. Both deserve celebrating and supporting.

It’s a fantastic time for ice hockey in the UK.

The buildup to Conference Weekend will feature here on www.eiha.co.uk and our social media.

Ice Hockey UK will have all the news ahead of Great Britain’s journey to Kosice for their World Championship tournament starting May 11th – check out www.icehockeyuk.co.uk and @TeamGBicehockey on Twitter.